court records. The allegations of abused circus elephants came following the publication of images suggesting cruelty and danger for elephants at circuses and zoos in the area. The abuse reported by a blog tells the story of neglect and uncaring, and the anger is justified following the neglectful demise of Joy the elephant, a 37-year resident of the Greenville zoo. A four-hour transport resulted in suffocation for the pachyderm who had been written off by zookeepers as a loner unworthy of company. The Wall Street Journal reported in 2015 that all solitary elephants in zoos must be shipped away to other packs or a sanctuary. It seems the circus business is suffering the same fate as technologists who have to Reinvent their Businesses to thrive in a changing world.

Greenville elephant walk was near deadly for baby, not elephants

Rumors of the elicit activity at Greenville’s circuses have circulated widely, exacerbated in recent years by crimes associated with the Greenville elephant walk, including a 2011 incident where a woman attending the circus at the Bi-Lo Center abandoned a baby she delivered herself in an arena toilet. (Jessica Blackham was arrested and charged with two counts of felony child abuse and one count of child neglect.)

The owners of Ringling Bros. announced last year they are discontinuing the use of elephants in their shows and will be retiring them to the Ringling Center for Elephant Conservation in Florida. [gallery ids="2483,2482,2481,2480,2475,2477,2478,2479,2474" orderby="rand"] The beauty and splendor of the circus elephants will not be forgotten in Greenville, SC. It turns out the Greenville elephant walk is not as timeless as more traditional forms of entertainment such as the Nutcracker ballet in Greenville.

These gentle giants have spent decades in train cars and super-trailers zigzagging across the world. After their final performance on May 1, 2016 the usual horses, lions, tigers, dogs, camels and even kangaroos will make appearances in future Greenville circuses. But the methods with which they are handled, including the use of iron hooks to jab them, have been called into question. In a world where parents refuse to spank their kids, nothing says political correctness like banning the elephants from the circus. Why are the circus elephants retiring? The circus elephants will join 29 other elephants who, in some cases, may still do some production work in the future but not in the context of circuses or elephant walks. The Greenville elephant walk and their “Greatest Show on Earth” was accused by the defenders of animal rights for years, with accusations of abusing its elephants and animals. Many municipalities responded to this pressure by adding restrictions.

Ringling Bros. Circus director Kenneth Feld said not a single lawsuit has been lost and that the animals have always been treated with the best care possible.

Activists welcomed the decision taken last year had asked why elephants can not be removed earlier. The president of the Human Society, Wayne Pacelle, praised the decision on his blog and said it should’ve been done earlier.

Ringling Bros. cited the number of cities and counties that have recently adopted ordinances to restrict the use of elephants in circuses as contributing to its decision. And there’s no question that the documentary Blackfish, and the enormous public response to the treatment of orcas at SeaWorld was also a contributing factor. But the outcome was ordained by factors larger than any one thing.” – Wayne Pacelle

About the Elephant Conservation Center

Elephants are between the ages of 5 to 47 years old. The youngest returns in April, after a year on the road, to his mother. There are still circus elephants breeding at the facility and Alana (named for the daughter of the owner of a medium company) Charlie are due in September.

The Conservation Centre will continue to mate its Asian elephants in order to cultivate the herd, the largest in North or South America.

Scientists also use Ringling elephants in the study of the species and research why elephants rarely suffer cancer. Studies published in October say an elephant holds 20 DNA copies p53, a major tumor suppressor gene, compared to only one in the DNA of humans and other mammals. 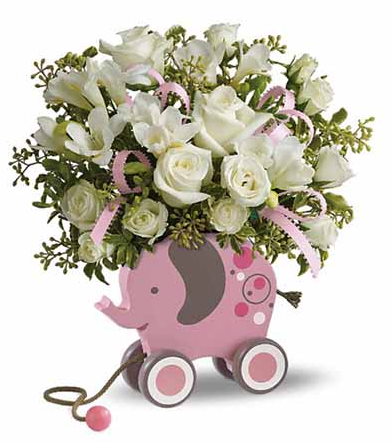