Don’t kill your Opossum in Greenville! Call 864-243-7311 and you’ll be connected to a volunteer at The Opossum’s Pouch, an Opossum Rescue and Rehabilitation in Greenville, SC. They’re also good at keeping a house clean of insects and snakes which are among the favorite food items for this omnivore.

Recipe for how to catch an opossum with baby food:

DIRECTIONS: Use a potato mash or spoon to mash the grapes, strawberries and carrots in a large bowl. Mixture should be chunked and not liquefied. Add to coffee cup and stuff down with balled up paper towel. Next, heat honey for 20 seconds in the microwave, then pour over the paper towel. Paper towel should stick to the fruit while providing a sponge for the honey. Nonetheless, they don’t make good guests and can be difficult to remove due to their nocturnal habits and preference for tight spaces that are inaccessible. I first discovered my unwelcome house guest after two months of living in a new house. The nighttime scratching and chewing in the walls can be subtle enough to go unnoticed by heavy sleepers, but their large size means you’ll eventually hear the animal sooner or later.

Buying a trap to catch a possum with baby food

The standard in trapping is a Live Animal Cage Trap sold by Amazon or at local stores such as Tractor Supply Company. The wildlife removal blog offers more tips on ridding these pesty creatures. [caption id="attachment_2985" align="aligncenter" width="637"] 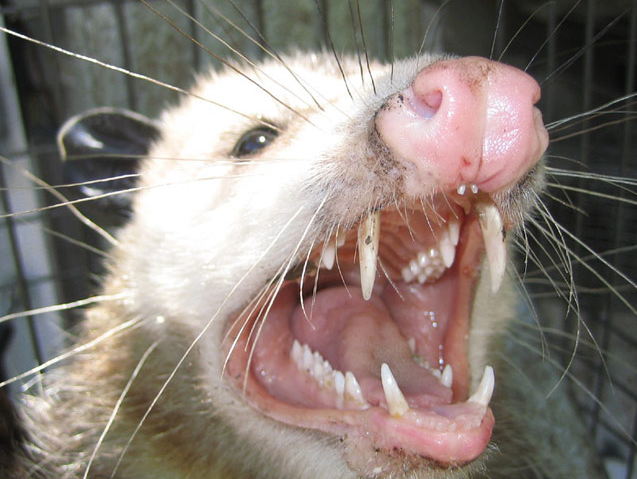