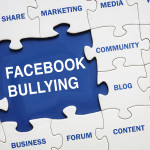 Facebook communities are often represented by the voices of family, business, church and municipal interests. These four cornerstones of healthy Facebook communities work in concert for the sake of progress. Facebook’s best pages have contributors who have shown they are willing to accept responsibility for our biggest controversies and follow the rules of civility when setting an agenda to move forward toward better solutions. 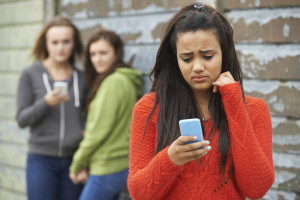 Our children watch Facebook bullying and emulate the behavior they see. Shun the haters and support the uniters, even in the discussions that are divisive. We’re better than that.[/caption] Following a racially charged incident in Greenville, SC, I recently published a letter asking my fellow citizens to come together and seek reconciliation through Facebook and action, particularly in matters of race. So, what can we do to improve Facebook dialogue when discussing inflammatory subjects such as politics, race and policing? While my voice is a singular one representing a small guy, a small business and a small family, the chorus of our individual voices who use constructive dialogue – not disruptive Facebook bullying – to find consensus on ideas can help unite all our interests. We can shun those friends who are using Facebook bullying tactics. Tell them and de-friend them if they continue.

Check your Facebook pages and ask yourself if your friends are lifting their dialogue to the same standards to avoid Facebook bullying.

Listen to the protests on your Facebook pages without prejudice, accept hard facts and respond with facts, not emotion. And when someone portrays Facebook bullying, call them out on it or de-friend them if they can’t participate civilly in conversations within your digital community. A recent editorial letter from noted physician Ed Leap laid out the argument that our children are suffering the same fate as their parents who demonstrate blatant Facebook bullying tactics, especially when discussing politics but also in day-to-day conversations.

Bullies use words to great effect. Disagree with a candidate? You must be a racist or a sexist. Disagree with a law? You must be a bigot or a fascist. Believe your God is real? You must be a fundamentalist nut! You don’t want to be a bigot or fascist or a nut, do you? Then just do like everyone else does and you’ll be so cool! There, now doesn’t it feel better to be like the crowd? (Now remember kids, you should always be yourself and follow your own heart. Until it takes you outside the bleating herd, that is.) Robust dialogue is good for a nation. As in evolution, ideas diverge and produce more good ideas. The future of our freedom demands that we disagree. But bullying is the stuff of brutish children.” – Ed Leap

While there are those who react on Facebook by withdrawing and accusing, it’s never okay for voicing irrational remarks, making emotional accusations or defining impractical ultimatums. Savage protesting methods on Facebook posts represent Facebook bullying at its worst. That vitriol is not acceptable. Perpetrating Facebook bullying should be shunned. We all feel anger and pain when having conversations that are controversial, but it is not our right to transfer those feelings to another person. Rise above and keep it civil. Your children will thank you for it.