seventy percent of cotton and woolen textiles nationwide, drawing largely on female laborers willing to work for half as much as their Northern counterparts. Southern women in Greenville have a history of cultural refinement at fine institutions such as Greenville Ballet School and the Junior Women’s Association. But let us remember the elbow grease our foremothers invested a century ago. Forget the housewife – Greenville women have always gone to work and stood up for their rights.

In 1929 there were nearly 100 walk-outs, protests and general strikes in the textile mills of South Carolina. All of these organized protests were brought about by women and men who worked long hours for low pay. Without unions, these workers organized protests to effect change. When six picketers were shot to death and twenty others were wounded on September 6, 1934 in Honea Path, SC, the workers of Greenville and her surrounding area’s textile mills came together to foment revolution. The General Textile Strike of 1934 brought martial law to Greenville, SC and National Guardsmen to the mill villages.

The beginning of textiles in Greenville, SC

In earlier years, Greenville, SC textile mills had a reputation as an excellent place to do business and escape the hot swamps of the Carolina lowcountry. Paris Mountain in Greenville, SC had one of the grandest hotels in the region before burning to the ground in mysterious circumstances. In February 1869, Greenville, SC became a city and municipal organization took effect. Civil War was tough, but the years that followed were a boon for Greenville, SC and especially the textile mills that depended on infrastructure such as bridges, watermills and railroads constructed during the 1870s. These new bridges allowed for easy transport and transportation for workers. By 1915 Greenville was called the Textile Center of the South.

The rise of women’s basketball in Greenville, SC textile mills 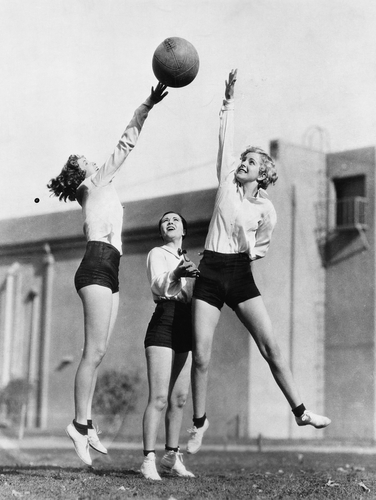 The empowerment of women who worked in Greenville’s textile mills was reflected in the rising popularity of sports associated with the towns in North Carolina, South Carolina and Georgia. Verner Springs Water Company, based in the Upstate, was a proud sponsor the 1936 Southern Textile Women’s Basketball Tournament, a massive draw with nearly 6,000 people in attendance at its championship game. In 1937 governor Olin D. Johnston presented trophies to the champions of the largest tournament to date. Greenville’s Verner Springs Water Company was a proud sponsor again. There were stand out players such as Louise Belcher Wood who was a house wife and factory worker, scoring 23 points per game in ten games. “She may hold the record for the most points ever scored by a woman with an astounding 62 points on March 3, 1937 between her Lanett Hill Textile Mill versus Winnsboro Textile Mill,” according to The Southern Textile Basketball Tournament: A History, 1921-1997, By Mac C. Kirkpatrick, Thomas K. Perry.

Greenville’s Verner Springs Water Company and Georgia’s Coke were happy to see the rise of the middle class take a foothold in South Carolina’s upstate. Sodas were quickly becoming a part of everyday life as incomes rose for textile workers and people found the results of their struggles for more leisure time, more pay and more time to enjoy it. Sadly, the rise of Verner Springs Water Company would go the path of other seltzer companies throughout the United States. Seltzer delivery is mostly a thing of the past, but for a few holdouts from companies in the north. “When I started in the early 1980s, there were 22 seltzer men left in New York,” said Kenny Gomberg, co-owner, along with his brother-in-law Irv Resnick, of Gomberg Seltzer Works — New York City’s last remaining seltzer filling station. “That was just a fraction of the hundreds there used to be,” he said. South Carolina was a seltzer state, too. Just ask any of the old-timers who remember returning the bottles for a penny token credit. [caption id="attachment_2596" align="alignright" width="349"] 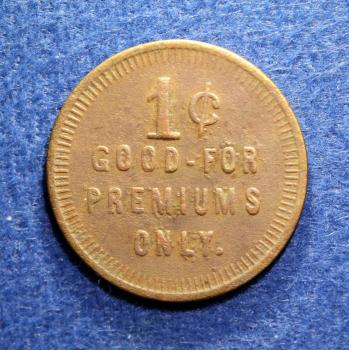 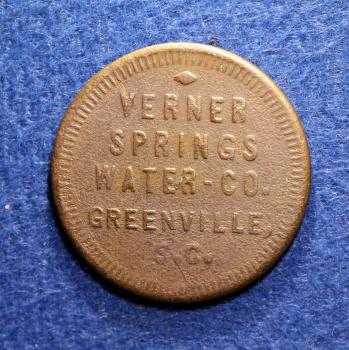 Greenville Bottle Token Image courtesy of eBay seller sctokens[/caption] Although Greenville’s history sometimes gets overshadowed by a new era of big box companies such as Michelin and BMW, the heart of the upstate first beat to the drums of textile mills and the workers who inspired cultural change for later generations. Although seltzer delivery trucks and textile mill workers are no longer part of Greenville’s identifying character today, a look back at how women in Greenville, SC textile mills inspired revolution gives us all something to be celebrate as part of our unique heritage.]]>