The Curse of the Last Cherokee Indian of Paris Mountain in Greenville, SC

I recently heard about another side of this land’s inauspicious history from a lone hiker walking the trails that straddle the Paris Mountain park lake. The trouble started when a Cherokee Indian chief named Walhassa asked his daughter, Talawa, to keep their lands away from the white men who were invading. Supposedly, Walhassa’s son-in-law sold the land for a few pieces of jewelry, unbeknownst to Talawa. Upon discovering the greedy actions of her husband, the Indian princess demonstrated her loyalty to the Indian chief by stabbing her husband and throwing herself on the knife. Is it possible the spirit of Chief Walhassa is manifesting himself at Paris Mountain? 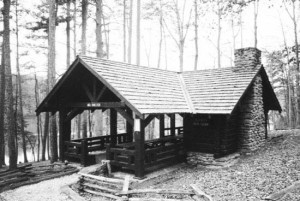 “Don’t give food to that old injun,” the stranger said vulgarly. My children were playing at my feet when the old fellow appeared on the trail around the Paris Mountain lake. “The goose has his spirit,” the man insisted and proceeded to tell me the story of Chief Walhassa whose spirit supposedly still lives within the mountain.

Paris mountain has been cursed by a series of tragedies. In 1889, the popular resort built on Paris Mountain called Altamont Hotel (also known as the Paris Mountain Hotel) was a three-story 23-room hotel.  (There’s an awesome blog post by Mark Elbrecht with some photos of the site and its ruins.) The hotel was eventually turned into a sanitarium and burned under mysterious circumstances in 1920. 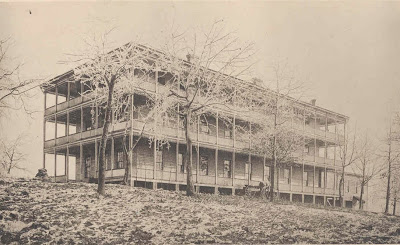 Thomas Wolfe is Southern Appalachia’s most famous author who created his fictional town of Altamont, long considered based on today’s Asheville in the heart of the Blue Ridge mountains. But it’s no coincidence Wolfe’s famous books were staged at the SAME TIME the Altamont Hotel was in operation at Paris Mountain. In fact, Thomas Wolfe goes into great detail in his novels about hotels and sanitariums in “Piedmont” which was another name for the area around Greenville, SC in those times. (Wolfe’s own house burned down under mysterious circumstances in July of 1998.)

The folklore was crazy but the goose was worse

So why not feed the geese? Firstly, they start associating people with food and endanger themselves and their young; secondly, anything you’re feeding the wildlife is not good for their health; and, thirdly, they become more annoying than a Filipino karaoke party. The wildlife stops being wild and starts being annoying.

What started as a pleasant walk and quick lunch with my children turned into lessons teaching a toddler to defend himself. It all started with the hot dog and the ornery goose insisting on his share. After all, there’s a sign near the trail’s head warning visitors “Don’t feed the wildlife”. But he was unperturbed and insistent. Next thing, the goose chased my toddler around in pursuit of the hotdog. “It’s the Indian revenge!” I shouted, only half joking. My son is now a believer. 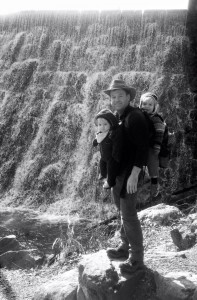