Despite the high quality of living, there are fears that some of Greenville’s less affluent folks, established families and businesses will not survive the growth, especially in the City. Local journalist Eric Conner wrote Paradox Accompanies Trail’s Success, a well-rounded article asking about how new parks and bike paths, such as the Swamp Rabbit Trail, are impacting some:

“What does the trail mean to the natives of Greenville’s urban communities who have not benefited from the economic prosperity? To those who for decades have struggled to rise above a legacy of racial and economic discrimination?  For some, the sight of the trail — and the rising property values it brings — can serve as a sign that it might be time to prepare to live somewhere else, wherever that might be.” – Eric Connner

The Swamp Rabbit Trail would seem to be a win-win for everyone, except perhaps the car dealerships that may suffer at the hands of bike riders who swear off driving. But really, the number of bike-only folks in Greenville is minuscule, and the bigger issue with the booming infrastructure here in Greenville has to do with those who are on tight budgets and not depending on growth to put money in their pockets. On the contrary, when taxes, groceries and day-to-day expenses increase for the elderly, unemployed, students or others in similar situations, the frustration is real. A recent criticism on Reddit gives a perspective:

I would say the one negative to owners is rising property taxes. If you’re pushed out because the city jacks up your property taxes, that’s not right. It’s basically indirect eminent domain. – bcmoney82 via Reddit.com 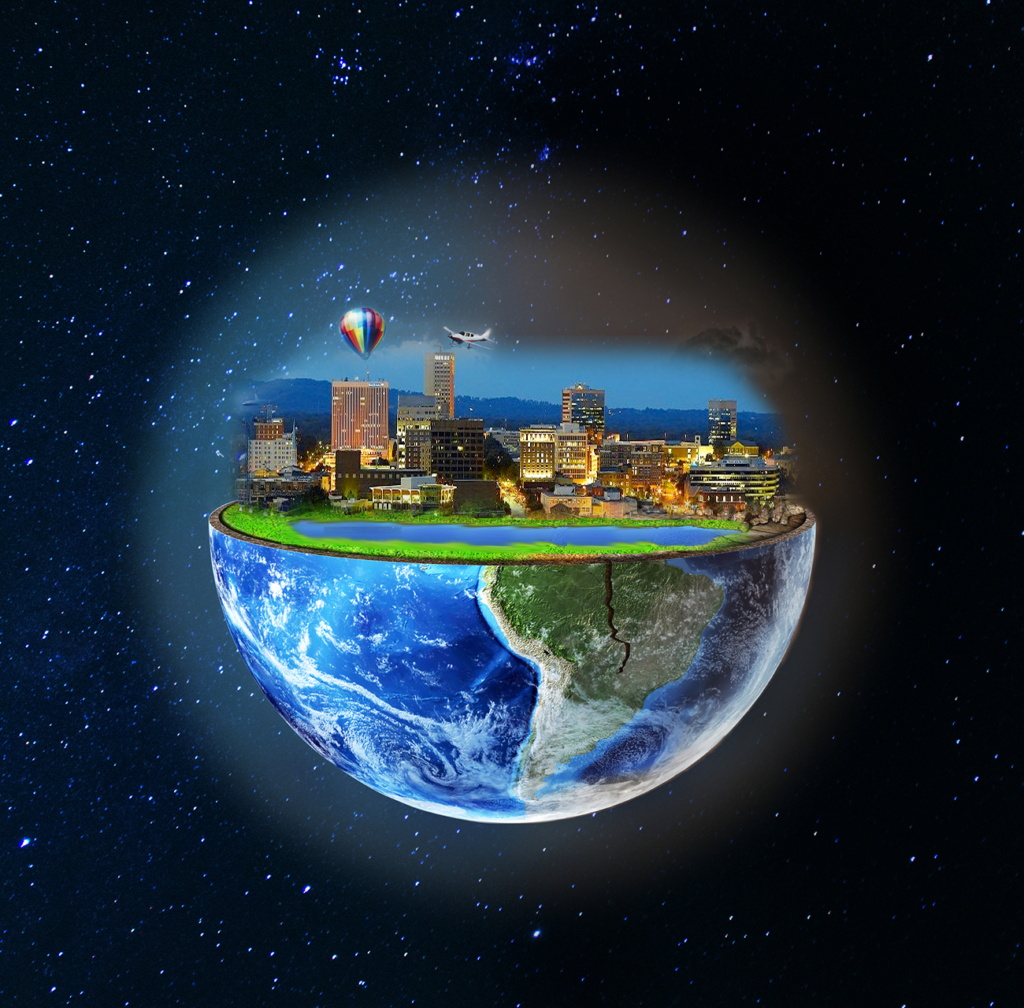 Population growth in Greenville – Top of The World[/caption] With an estimated population hovering near half a million, population growth in Greenville County has been growing at nearly 2% each year for the past 15 years. But perhaps more interesting to those following the growth of the area, Greenville County ranks second, only behind Beaufort County, in per capita income. That’s a lot of rich folks. Other interesting statistics to note, according to the Greenville Area Development Corporation, are as follows: Finally, there’s a lot to be said for liking a city despite its economic challenges. It’s hard to believe that New Yorkers actually enjoy their packed apartments and terrible commutes, for example. Greenville growth statistics don’t attempt to put into perspective how attractive a city is to live because of the quality of people, resources and businesses that make the place more interesting, educational and productive to live fruitful lives. The fact of the matter is that everyone who lives here loves Greenville. Because population growth in Greenville is criticized by a minority voices, the issue is rarely covered in newspapers and other forums. But it’s worth remembering the consequences of boom times. Maybe nothing needs to be done now, but one might change his or her mind if he or she were to join the list of those who aren’t benefiting from the population growth in Greenville.]]>