Everyone has a story about a bad boss ruining a good company. If you want to know how to fix a bad boss – the best advice is to let the situation fix itself. Incompetence, aggression and not getting along nearly always ends with a bad boss departing and new rules put in place to prevent it from happening again. We all want Transformational Leadership and are amazed when jerks have success leading companies. But exceptions to the rules will always be the excuse for bad behavior and incompetence.

1. Fix a bad boss the way of a bad President 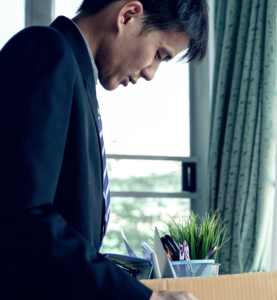 Depending on whom you ask, many of our past Presidents of the United States (POTUS) were bad bosses. Many believe Donald Trump to be the worst boss, for instance, while others think he’s doing a great job. The point here is that opinions on what makes a good or bad boss can vary greatly, but hindsight will often shed light on who was great and who was not. The important point to note here is that bosses tend to come and go unless they own the company. If you can, wait … wait for the powers who will vote them out (fire them!). Your vindication depends on hindsight.

2. Fix a Bad Boss by ignoring the annoyances and documenting the problems 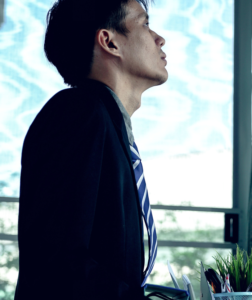 One of the mistakes workers make is their tendency to complain about the character traits a boss has instead of focusing on the problems the bad boss is causing – or not fixing. There’s a grand difference between a boss who doesn’t get along with the workers and the boss who doesn’t solve business problems within the operations. Make a list of what you do not like about your bad boss, then separate the list into two columns: 1. Annoying Problems; 2. Business Problems. Business problems mean that the boss is behaving in a way that causes the business to lose money, compromise productivity or otherwise steer the ship in the wrong direction.

3. Fix a Bad Boss by waiting

I have found that sweat, temperance and smiling make an unbeatable recipe for success in conquering enemies. Philosophy and religion has spend thousands of years teaching the need to let others take their own courses and suffer their own consequences. No need to show them the trap door when they’re more than likely to find it themselves. The important thing to remember here is that you don’t want to be standing next to the Bad Boss when the trap door triggers. All too often, those most closely associated with the bad boss are the ones who are also shown the door when their run is done.

4. Fix a Bad Boss by focusing on your job

It would seem obvious here that one should keep at his or her own tasks while suffering the wrath of bad management. However, one of the first things to happen when a bad boss denigrates, bullies and mismanages workers is that those workers stop working and start dawdling. Big mistake. Those who are visibly shaken by bad management are also those who are most likely to stop doing their part in making the business succeed. By responding to a bad boss by emulating that bad boss, you become no better than him or her.

It’s true that nobody wants to hear a complainer. However, HR is the exception to this rule. Be careful to ensure that the HR associate knows you want to tell him or her something in complete confidence, first. Then, go through the problems you have with the bad boss and how you would fix a bad boss if you could. Remember to focus on the problems of business, not the problems with personality. In the end, those facts and figures you bring to HR can translate into the fodder for justifying a bad boss’s firing.