A few visionaries have dared to propose a Greenville Metro Rail System that would change the county in ways that would transform our small South Carolina township.
Traffic bottlenecks in Greenville, SC have provided these visionaries with the fodder needed to transform the local transportation system to some commuters’ delight and some residents’ dismay. The private meetings among technologists and business financiers in Greenville has yet to extend to government leaders. Last year, Greenville County council suggested an elevated rapid transit system was in the works. But progress has stalled and private businessmen have picked up the torch with an even more radical plan than the one suggested in 2015 when Greenville County councilman Fred Payne proposed driverless railway pods to connect downtown Greenville to hospitals and the GSP airport, among other locations.

The newly proposed Greenville Metro Rail System is radical: build a system that takes advantage of existing roadways to push trains along a passenger rail line that could serve a million new residents rapidly moving into the city during the next two generations. 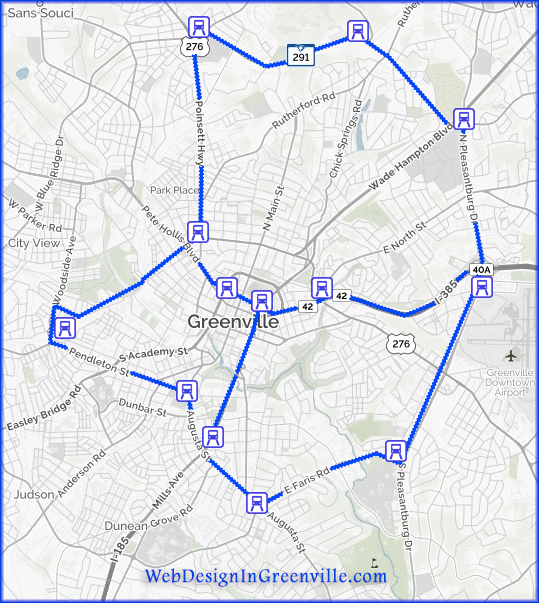 The proposed Greenville Metro Rail System would be a colossal headache for county and city organizers. Currently, ridership on the bus is sparse despite its efficient and comfortable nature. Other problems include people’s unwillingness to leave their cars behind and the fact Greenville has raised taxes in the past and seen massive opposition toward publicly funded projects.
The good planning done by city administrators ensure that most areas in Greenville are already accessible without the need of a Greenville Metro Rail System. Interim Director of Public Transportation for the City of Greenville, Met Efird, has yet to comment on the proposed metro in Greenville. Benefits of riding the existing public transportation system (sited on the Greenville City website) include arriving to work happier after skipping the stress of driving through traffic, saving money on auto expenses, more exercise and being more sociable to your fellow upstate neighbors. Future generations may find a bus system unable to cope with the ever-worsening traffic.

“It’s a revolutionary idea,” commented one of the contributing technologists who asked to remain anonymous due to the controversial nature of the proposal. “We’re just getting the message out to the public that there will be a future time when this idea is not a fantasy so much as it is a necessity.”
Anything spurious will not succeed because the public is very wise, the businessman added. “It will pay for itself,” he added. His current commute has him traveling from downtown to Paris Mountain daily. The public is skeptical of the price tag that comes with the proposed Greenville Rail System.

“Those who see this Greenville Rail System proposal will not see the benefits at first, but next year they might see the point of it and consider its benefits. In five years when traffic continues to become a bigger problem in Greenville those same citizens will begin to ask how much the Greenville Rail System will cost and start talking to friends about its feasibility.”

If current rates of expansion in Greenville continue, the county’s population is likely to push beyond the million resident mark within the span of two generations. The system could cost as much as $10-billion and would be rife with obstacles that include imminent domain, but other projects in the country point the necessity of such a system when too many people are trying to commute, work and live in a rapidly expanding area. 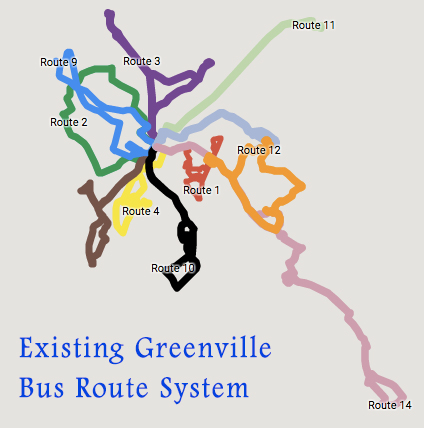 The envisioned plan would funnel much of the county’s transportation budget to the massive construction project. The project would likely foster support from those living in the immediate suburbs around Greenville and those who are commuting downtown on a daily basis.

The big gamble could ease traffic near Greenville’s city center, but not help the real traffic problems out on Woodruff Road and the I-85 corridor. Still, this proposed Greenville Rail System would be transformative to Greenville, which is in need of a speedy beltway already.