In the 1978 ‘Rescue from Gilligan’s Island’, actor Russell Johnson shows the Professor in a reinvention predicament. After returning to work at a university, he discovers all his inventions made (while stranded on the island) had been invented already, among them the Frisbee and skateboard. His frustration makes him want to give up the world he’s come back to.

Reinventing the wheel has become a modern epidemic plaguing Internet technologists, and some are even giving up on innovation and settling into parlaying the same flawed technology because of a fear of trademark infringement or, more frightening still, because they think it just can’t be done any better. Blogger Tim Kastelle has written much about what he calls the Innovation Problem (IP), which advocates that we approach innovation through idea management, an effective counter to the pitfalls of commercialization.

“In the commercialisation view, the only way to win is to have a great idea, protect the IP from it, and bring it to market. In the idea management view, you win by identifying and executing great ideas. They don’t have to be new products, the ideas can be for new ways of doing things, or for new business models. Those are all ideas. The innovation process needs to manage ideas – not just create new products.” 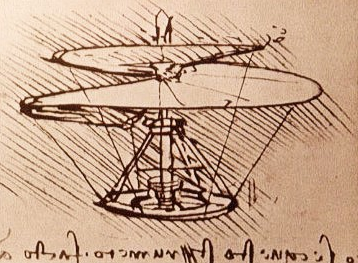 Delivering new ideas to solve old problems, or simply improving on the status quo, can be accomplished despite the Innovation Problem. Let us first list the types of innovation we’re talking about. What we think of as invention is more likely optimization. A new duck call is not invention, not unless it is doing something that couldn’t be done before. Steve Wozniak and Steve Jobs, college dropouts who founded Apple Computer in 1976, are credited with inventing the first PC for home use. That’s somewhat true since they were the first to build units that fit on a desk rather than taking up the garage. But Steve Jobs did not invent the mobile phone with his iPhone, he optimized it. That’s the difference. And let us not forget it was the optimization of the mobile phone that made Apple super rich.

But the path to millions is rarely a fast one and good old hard work is at the root of any great success story. And originality. Borrowing ideas to improve products is more difficult than you think. The Internet is a perfect graveyard of recycled businesses. Who hasn’t thought of a great way to make money from a website, only to despair to find that idea is old hat. That perfect Internet domain name? Already registered. That business plan? Already patented. Google has ruined the dreams of countless inventors after a quick search reveals someone else’s success with it already.

Kastelle (@timkastelle) and others are innovators for understanding the dilemma of the modern innovator. It really is a black swan to find something unique to the marketplace. Nonetheless, it’s our American character to continually seek that which has not been done before. It is, after all, what makes this technology race great fun to watch. Just watch Phil Robertson, inventor of a better duck call, who is much smarter than his hillbilly looks portray. He is a guy who found success by understanding the need for a better wheel, and bringing it to market.