"Employees should be coding or selling. Otherwise, fire them!" So goes a new managerial dictum blustered by managers keen to pass the vitriol as some sort of clever distributive work policy to be followed by their employees. I first heard the sell it, build it or get fired quip as part of a "motivational" speech delivered by a browbeating CEO to our division, all of us looking for leadership to overcome a quarter of disappointing earnings. But while his aim was to motivate, the cheeky threat had many of us looking for new jobs the next week despite the fact he was full of hot hair. He was eventually fired when his perennial bullying and your-with-me-or-against-me style management was realized to be contrary to fundamental egalitarian leadership policies on which the company prided itself. But... 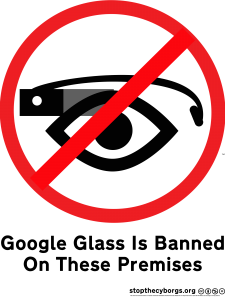 The April 23rd Twitter hack blamed on the pro-Assad Syrian group did nearly as much to destabilize the U.S. economic system as did the Boston Bombers (i.e., the DOW Jones Industrial Average gave up 150 points after the Twitter hack and 180 points after the Boston Bombing). Here’s what caused the chaos following the hijacking of the AP News twitter account last Tuesday:

“Breaking: Two Explosions in the White House and Barack Obama is injured.”
@AP

In the days following, traditional media outlets considered the incident “below the fold” news despite the $136 billion market collapse. This, following an earlier attack on Saturday by the same group aiming to subvert United States government policy:

“The US government is sponsoring a coup in Venezuela and a terrorist war in Syria.”
@60 Minutes

The CBS News television magazine “60 Minutes” was victim to assorted phony tweets impacting their 320,000 followers on April 20th resulting in a lot of embarrassment. But the U.S. economy should be thankful that the Syrian group’s less-than-strategic execution on the CBS News hack was immediately perceived as phony; more alarming is that they learnt their lesson from that attack and were both emboldened and more strategic and convincing than before when they chose their next target and composition. The AP attack was brutally successful, albeit short lived.

Alert readers wonder why popular news purveyors aren’t more disturbed by the foreshadowing of cyber attacks to come. The soft headlines in the two days following the AP hack had no mention of “terrorists” or “army”, and seemed almost casual in putting the burden on the private sector. Here’s a sampling from April 23rd:

Terrorism is an ill-defined word that is generally agreed to mean “a systematic means of coercion” practiced by “a broad array of political organizations.” Now we have the term “cyber-terrorism” making its rounds. And while most of our popular media will continue to avoid using “terrorism” to describe cyber attacks, a simple web search demonstrates that nearly 13 million bloggers believe the time is now to be concerned and talking about terrorism’s impact on the road ahead.

A young eBay, Inc. led by the young liberal CEO John Donahoe donated loads to the Democratic Party, specifically to Senator Kirsten Gillibrand, Democrat of New York. Now, Gillibrand's support of the bill known as the Marketplace Fairness Act, legislation that would ultimately allow states to collect sales tax from online merchants, whether they have operations in that state or not, has put John Donahoe in opposition to the Democratic Party. Donahoe is having that predictable "rich man realization" that comes with making millions. eBay's sudden political shift to the Right is no coincidence considering their CEO saw his compensation nearly doubled to $29.7 million in 2012 while the company grew 2012 first quarter performance with revenue increasing 18%. Nevertheless, it was a surprise to most of the 84 million eBay members...
"When assholes succeed," Bob Sutton argues, "they usually do so despite their negative traits not because of them." Sutton's Good Boss, Bad Boss begs the question whether it's worth any company's bottom line to tolerate jerks. Steve Jobs was a well known bully tolerated for his genius and bottom line results returned for Apple, but let's not forget Jobs was fired from Apple for being "famously combative". The company lost millions because of him before making billions despite his antics. After his own combative 17 months portraying himself as an all-knowing savior of the department store, JC Penny CEO Ron Johnson was fired on April 9th. Business Insider saw this coming long before the board of directors did, calling him the wrong man for the wrong job back in October 2012: